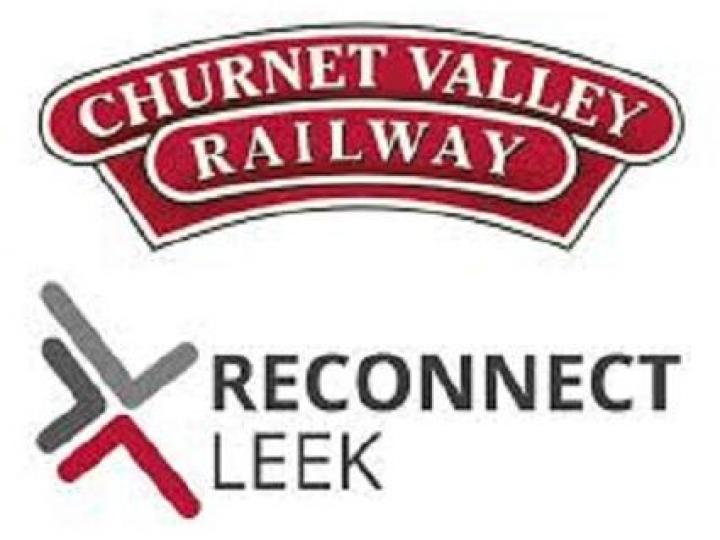 The Churnet Valley Railway (CVR) is celebrating after securing over £1.4m to bring this hugely popular visitor attraction into Leek.

The European Agriculture Fund for Rural Development (EARDF) has awarded £1,427,906.83 to the CVR for the Heritage Railway Infrastructure project to RECONNECT LEEK to the rail network for the first time since 1970.

The funding will cover 80% of the cost of construction of just under one-mile of railway line and associated infrastructure, from the present railhead to a new station off Barnfields Road; protecting the underground utilities whilst also providing a new footpath alongside the railway line.

Anthony Hancock, Chairman of the not-for-profit heritage railway, said: "Re-instating the line to Leek has been the ambition of so many people for many years - and thanks to support from Staffordshire Moorlands District Council and its Leader, the dedicated effort from CVR volunteers and this fantastic funding award, this ambition is going to be fully realised. It really is full steam ahead now!"

Staffordshire Moorlands District Council has been supporting the Churnet Valley Railway for a number of years in recognition of the important contribution the heritage railway makes to the wider visitor economy as well as enabling local residents to experience and enjoy their local heritage.

Councillor Sybil Ralphs, Leader of Staffordshire Moorlands District Council, said: "This is fantastic news and, as a long-time supporter and champion of the railway, I am absolutely delighted.

"Over the last two years we've helped CVR secure funding for projects including Leek Brook Station and some enabling works as well as helping CVR to win this big prize. It is wonderful that one of the final awards from EU funding is coming to our area!

"This is a real vote of confidence in the potential of the visitor economy - and an acknowledgement that attractions such as this heritage railway can both encourage tourists to come to the Moorlands and then to stay longer when they're here."

The extension to Leek is just part of a wider proposals to extend the line - eventually passengers will be able to board the train at Oakamoor, with its new holiday village, and travel directly to Leek, via all stations in-between, enabling people to enjoy the countryside without the need to take their car every time.

The announcement comes just as the Churnet Valley Railway is gearing up for the main operating season of 2020 - which has been put on hold due to the Coronavirus Pandemic. The year had got off to a record breaking start, with the line's Super Power Event launching the Reconnect Leek project and raising over £25,000. The next fund-raising event was booked to be the Border Explorer, allowing visitors to travel every inch of the current serviceable rail network under the control of the CVR - including the Phase 1 extension which was opened by Councillor Ralphs on 11 October last year and to the boundary with Network Rail on the Stoke line at Leekbrook - which is the first opportunity to do so since 1956! This has now been postponed until the weekend of 7/8 November subject to the government's advice on social distancing over the pandemic.

All proceeds from these specials will go towards the Reconnect Leek project and the 20% match funding required of CVR for the EARDF grant.

Anthony Hancock continued: "Although we have secured this fantastic amount, we also need to raise the final 20% ourselves so we hope to welcome as many visitors as possible in 2020 to help raise funds."