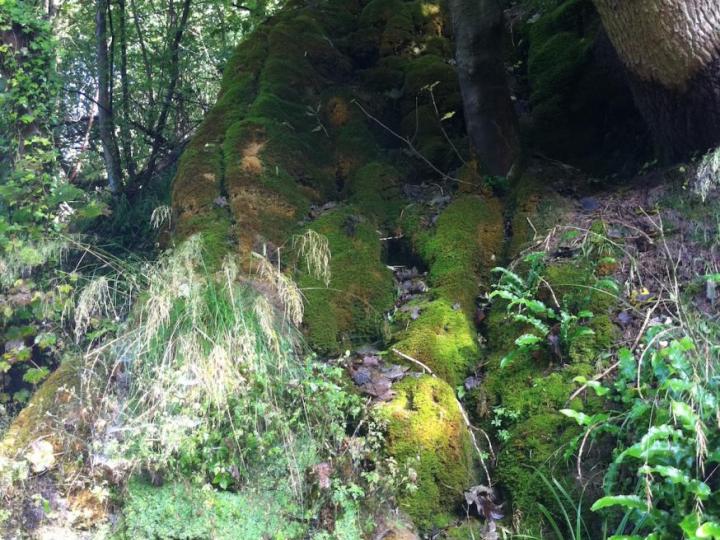 Trickle Ridge is a ridge of limestone built up over centuries by a trickle of lime-laden water from a spring.

There is a spring up in the woods above that runs a very high lime content. As the water evaporates it effectively forms stalagmites along the ground so causing limey deposits to build up over the years into a ridge.

The locals have maintained this one in a single route, that keeps building up higher. Just at the moment (April 2017) it needs a little work as the lower part isn't running - or it wasn't last time I went to the Black Lion!

Further back from it the ground is all crunchy from the same effect and where it trickles over a bit of a rock face that has a good covering of moss resulting in a beautiful phenomenon, where the sun shines on the wet encrusted, crunched moss, it all glitters and is known as "the Emerald Cave".

This page was last updated on 31 March 2017. Contribute here if you have information or photos to add to this page.