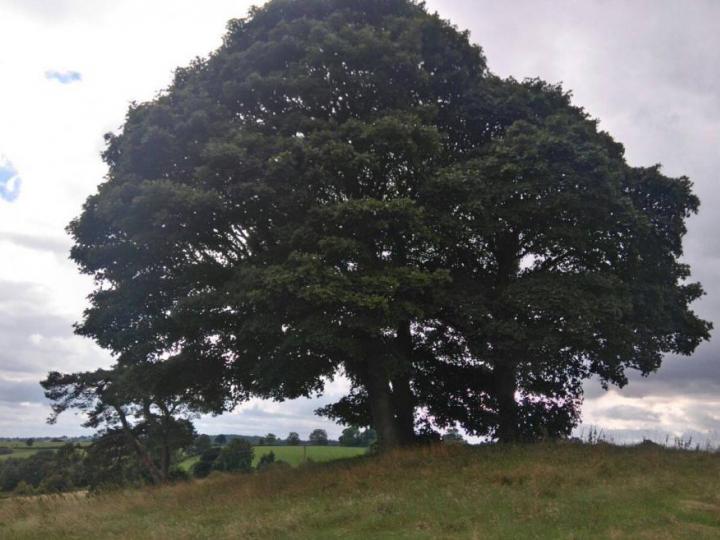 Bowl barrow, or Round Barrow, is just outside Alton, next to Rainroach Rock.

This tumulus is a rare survival in Staffordshire of an unexcavated example of this class of monument. It will contain undisturbed archaeological deposits within the mound and upon the old land surface

It is the most numerous form of round barrow, a funerary monument dating from the Late Neolithic period to the Late Bronze Age, with most examples belonging to the period 2400-1500 BC. They were constructed as earthen or rubble mounds, sometimes ditched, which covered single or multiple burials. They occur either in isolation or grouped as cemeteries and often acted as a focus for burials in later periods. Often superficially similar, although differing widely in size, they exhibit regional variations in form and a diversity of burial practices. There are over 10,000 surviving bowl barrows recorded nationally (many more have already been destroyed), occurring across most of lowland Britain. Often occupying prominent locations, they are a major historic element in the modern landscape and their considerable variation of form and longevity as a monument type provide important information on the diversity of beliefs and social organisations amongst early prehistoric communities. They are particularly representative of their period and a substantial proportion of surviving examples are considered worthy of protection.

This page was last updated on 17 February 2017. Contribute here if you have information or photos to add to this page.