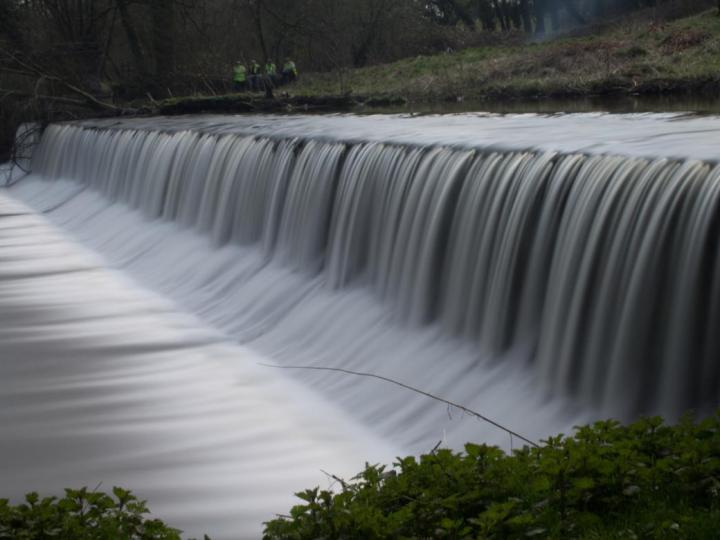 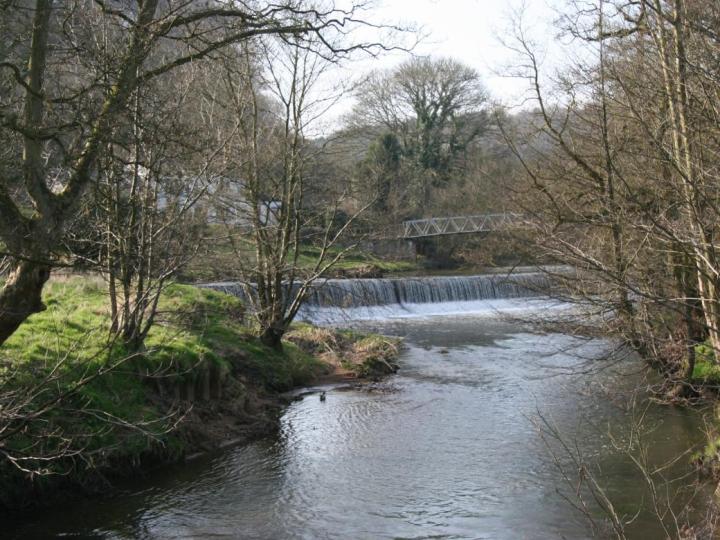 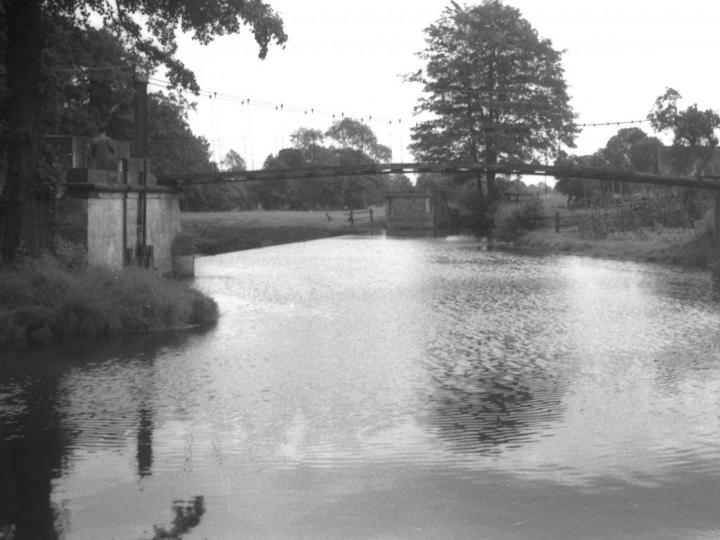 Crumpwood Weir was built between 1807 and 1811 to take the Uttoxeter Canal across the River Churnet. Boats dropped through the nearby Carrington's Lock to join the river before being pulled across the top of the weir and back into the canal via Churnet Flood Lock on the south side. This lock was normally left open but had double sets of gates, as water levels could be lower or higher on the river than on the next section of canal towards Denstone.

The weir is Grade II listed and thought to be unique in the world in terms of the relationship between canal, river and weir. The metal footbridge adjacent to the weir dates from the mid 20th Century and is not part of the listing. This replaced an earlier suspension bridge in the same location (seen in one of the photos here) which in turn replaced a wooden bridge slightly further upstream which was used by horses when the canal was in operation.

The adjacent Crumpwood Cottage was originally occupied by the weir keeper, an employee of the canal company.

This location can be seen on the following trails:
Uttoxeter Canal trail

This page was last updated on 6 August 2015. Contribute here if you have information or photos to add to this page.