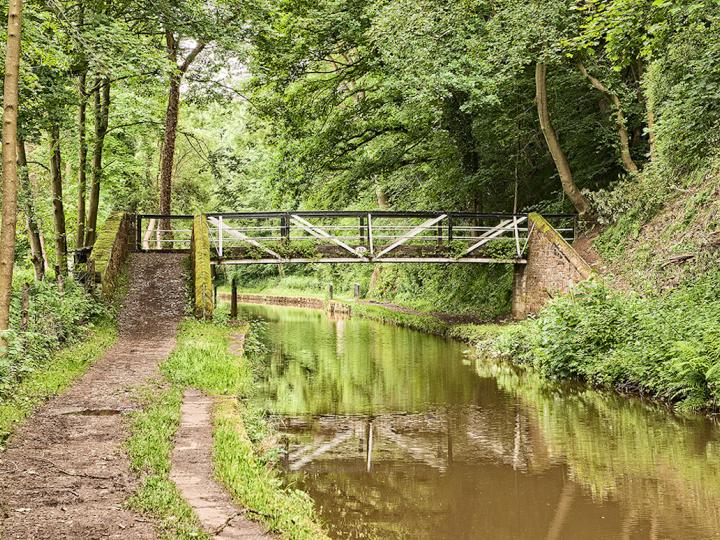 The Caldon Canal opened in 1778 between Froghall and Etruria where it joined the Trent & Mersey Canal. Limestone, coal and materials from the Potteries were carried in narrow boats towed by horses.

When the railway was constructed in the 1840s, in order to provide space for the trackbed in the very narrow section of the valley, it was necessary to divert some sections of the canal between Froghall and Consall Forge. A new canal channel was dug closer to the steep-sided wooded valley and the towpath was also relocated to the side away from the railway.

Changeover Bridge was built by the railway company to span the canal and take the towpath from one side to the other, reconnecting the new towpath to the original that continued on to/from Froghall Wharf. The design of the bridge enables a horse towing a narrow boat to cross over the canal and continue without the towing rope having to be unhitched. The railway company constructed the bridge using old rails, and grooves made the tow ropes rubbing on the bridge can still be seen today.

There has been discussion of this location on our Facebook page:

This location can be seen on the following trails:
Staffordshire Way
Caldon Canal towpath

This page was last updated on 21 March 2017. Contribute here if you have information or photos to add to this page.