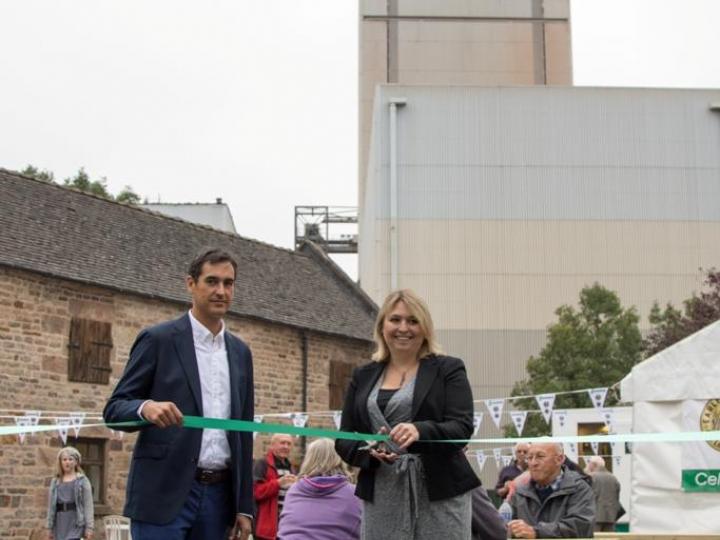 Cauldon Quarry has a long history of lime extraction over the last two centuries.

The original construction of the plant was subject to delay as steel was still in short supply after the second world war. In total, 450 people were employed in its construction. The whole plant cost £3.5m to build and it was opened by the Rt Hon Hugh Molson in 1957. On 25th April 1957, the number one kiln was lit for the first time. In 1960 the second Lepol kiln was installed and this was followed in 1962 by the third Lepol kiln, giving the plant a capacity of 500,000 tonnes of cement per annum.

1966 was the first time that cement was marketed under the Blue Circle brand. From 1982 to 1985 a substantial reconstruction of the plant took place. This saw the plant having a new pre-heater tower, warehouses, control building as well as new cement and clinker silos.

In 2001 Blue Circle became acquired by Lafarge SA and Cauldon became part of Lafarge Cement UK. In 2013, Lafarge Cement UK merged with Tarmac to form Lafarge Tarmac.
In 2015, Lafarge SA merged with Holcim to form LafargeHolcim and Cauldon was retained by LafargeHolcim. It is managed by the existing Lafarge Holcim business, Aggregate Industries. Today the plant produces 960,000 tonnes of cement per annum, which is almost 10% of the total UK cement consumption.

This location can be seen on the following trails:
Cauldon Lowe plateways

This page was last updated on 26 March 2018. Contribute here if you have information or photos to add to this page.