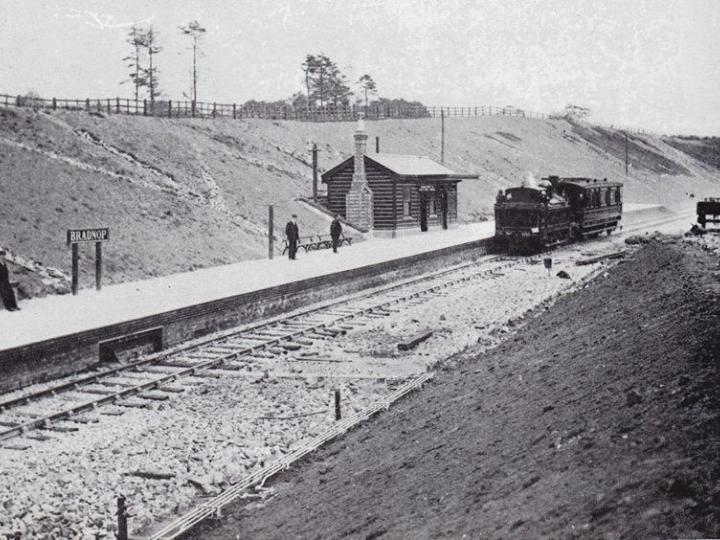 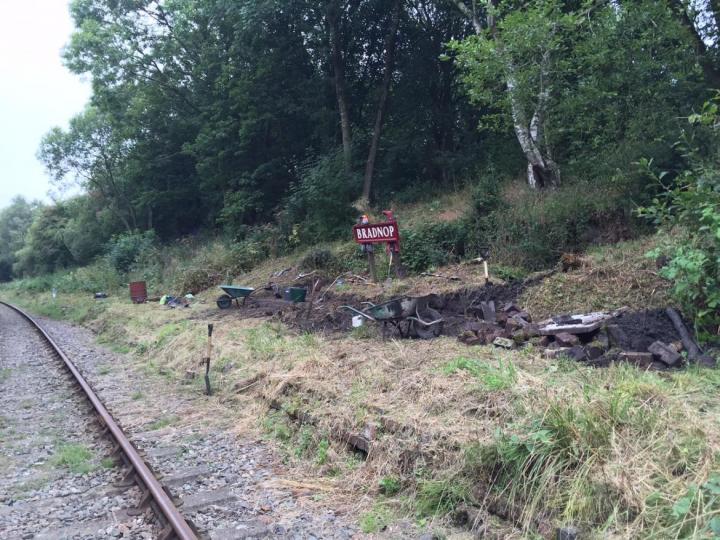 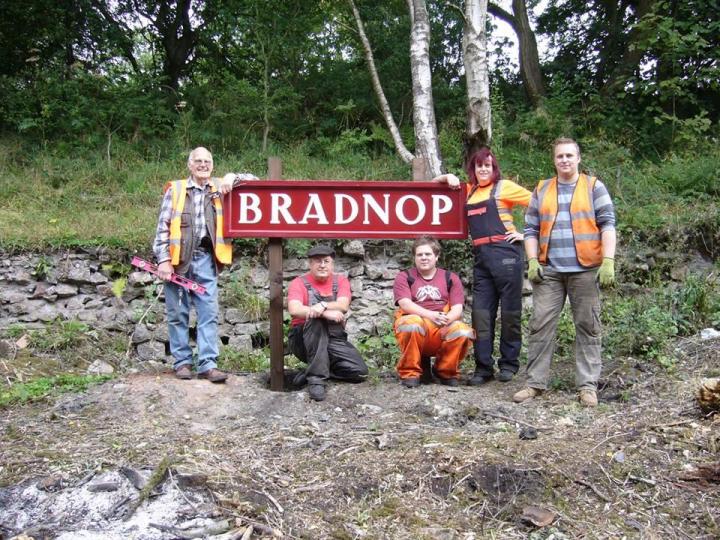 Located on the former Manifold Valley line from Leek to Waterhouses, Bradnop station was opened on 5th June 1905 & then closed 30th September 1935.

On 24th November 2012 a group of Churnet Valley Railway volunteers unearthed a lot of the hidden station, after 77 years of neglect. They then went on to re-erect a replica nameboard on 26th Auguest 2013.

The Station is not normally accesible to the public, but visits can be made with prior arrangement. No plans currently exist to restore the station, though a small number of volunteers would like to one day see the station re-opened for visitors as a viewing platform for trains passing on the restored line towards Ipstones.

This page was last updated on 6 October 2020. Contribute here if you have information or photos to add to this page.