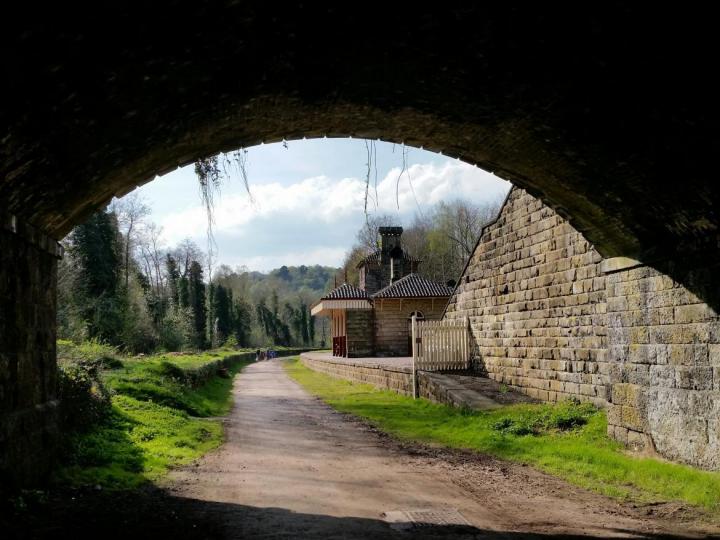 Alton Station was built in 1849 as part of the Churnet Valley branch line for North Staffordshire Railway, also known as The Knotty. Stations were built in grand design, this one Italianate. NSR employed London architect Henry Arthur Hunt who may have had a hand in designing this Italianate building, although some have accredited it to AW Pugin. Pugin has designed other buildings, including the Gothic gatehouse across the road, which it is said might have influenced the station design - a battle of styles, Gothic vs Italianate!

In 1884 £200 was spent lengthening the platforms and creating a special pathway from the platform to the road to Alton Towers, known as The Avenues. In the 1930s barriers were required to manage the Alton Towers visitors in an orderly fashion (sound familiar?). In 1948 the station even had its name changed to Alton Towers!

Dr Beeching is responsible for the line becoming a single track when passenger numbers dwindled in 1960s and then total closure in 1965. The building was neglected and vandalised until The Landmark Trust took it on in 1972. Over the years they have been able to preserve and restore the building. Original features on display include Minton floor tiles, panelling, and the booking office hatch.

This page was last updated on 20 April 2017. Contribute here if you have information or photos to add to this page.