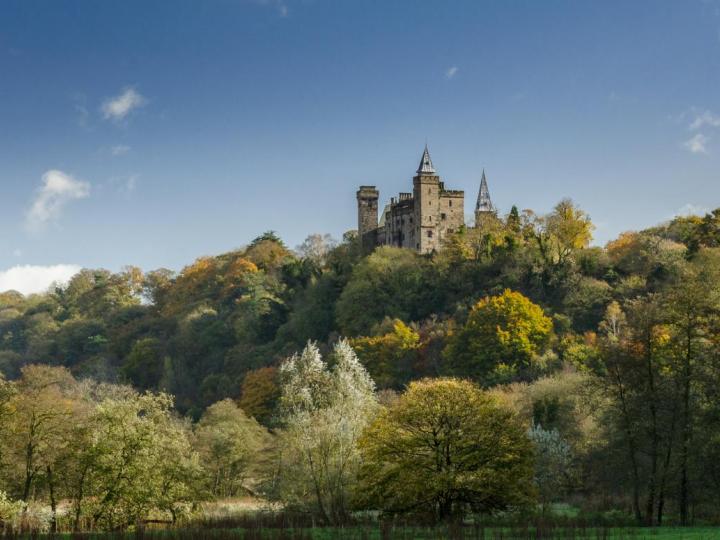 The ruined fortified castle dates from the 12th century, with just fragmentary remains of the outer wall and massive tower within it. The mediaeval castle was defended by a steep cliff above the river Churnet and rock cut ditch. Remains consist of part of a curtain wall and a tower on the southern and western parts of the site, both faced with dressed ashlar. It was possibly built by Bertram de Verdun. It was in a ruinous condition by 1316. c 1331 it passed to the Furnivals, and was probably rebuilt by the Earls of Shrewsbury, Lords of Alton from the 1420s. Destroyed during the Civil War.

Today, towering impressively over the Churnet Valley is a victorian structure, designed by A.W.N Pugin, owned by the Catholic Diocese of Birmingham and used as an activity centre for young people.

PRN number:
00092 MST92
This location can be seen on the following trails:
Staffordshire Way

This page was last updated on 16 March 2016. Contribute here if you have information or photos to add to this page.