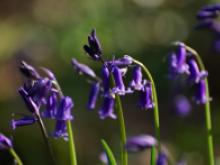 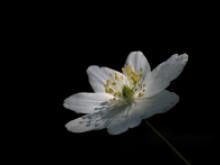 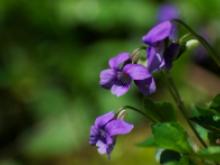 Over the past three months the Churnet valley volunteers have been dedicating their time to tackling the invasive Himalayan balsam that has infested our otherwise beautiful valley.

The volunteers and I have completed 18 sessions – with a few more booked in the calendar for the next fortnight – involving nearly 60 volunteer days of effort dedicated to controlling balsam. This has all been with additional efforts from our colleagues at the Canals and Rivers Trust, inland waterways association and from the Forestry Commission. So far we’ve covered six key sites under various landowners across the catchment. The work can be hard in the hot sun being attacked by a whole myriad of biting insects that come out from the undergrowth but all the volunteers get stuck right in because they know how important the work is.

You might ask why we are putting so much time into this. Well, balsam is a massive issue in the valley and causes a whole host of issues.
Among other things its flowers are so attractive to our native bees and other pollinators that it actually draws them away from our native plants meaning our natural flora hasn’t got much of a chance of producing seeds for future generations.

As well as stealing our own flower’s pollinators it also steels their space and resources, shading out light, taking up valuable water in dry summer months (particularly important this year) and taking up nutrients and minerals from the soil, all of which our own native flowers have to then do without.

Himalayan balsam is also fairly unique in that it doesn’t require a relationship with mycorrhizal fungi in the soil which means as it begins to take over an area, these microscopic fungi start to become depleted making the soil less and less hospitable for our beloved woodland plants.

In addition to threatening our native woodland flowers balsam can also cause erosion where it dies back in autumn leaving large areas of exposed soil, which without the roots of other plants, can wash away very easily in heavy rainfall. This causes excess sediment to enter the streams and rivers of the Valley which can have a series of impacts like suffocating fish eggs and invertebrates. Without fish and our insects in the river we might also be saying goodbye to our river birds like kingfisher, grey wagtails and dippers as well as our otters beginning to suffer from a lack of food.

So when you next see Himalayan balsam out and about in the Churnet, don’t be fooled by its pretty flowers. This stuff is really damaging to our landscape and if we don’t keep up our efforts to control it then we risk it spreading further and destroying more of what we love about the Churnet Valley.